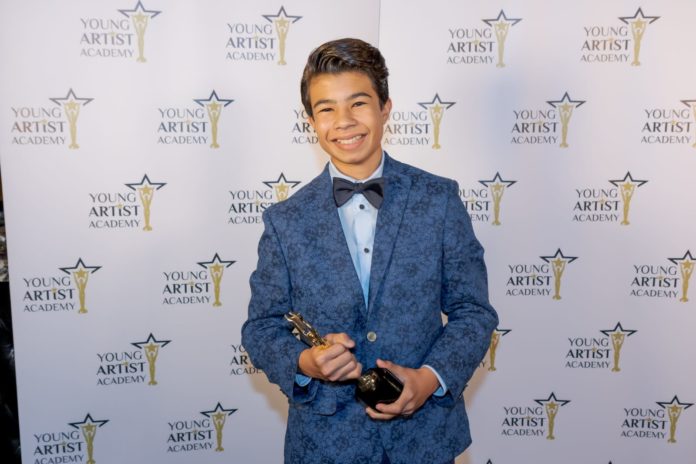 He has a sweet and shy gaze and is introverted but all that changes when the camera turns on and the director says “Action!”; Samuel transforms in front of the lens.

How did you know you wanted to be an actor?

I always watched television and loved it, I watched TV series and always wondered how they were made. I played a lot of sports but one day I had to stop for a while. To have something to do, I received acting classes at SameTag.

How do you see yourself 10 years from now?

I see myself finishing college. I want to study Direction of Photography and Screenwriting. I hope to be making movies, directing, and writing. It would be wonderful.

What do you recommend to young people who want to get into acting?

If this is really their passion, focus, prepare and do not give up because they will find many not and obstacles along the way. Do not give up.

In July of this year Samuel Sadovnik won the Young Artist Academy Award for Best Supporting Young Actor Performance in a Feature Film for the movie “I Can Only Imagine” in Los Angeles.