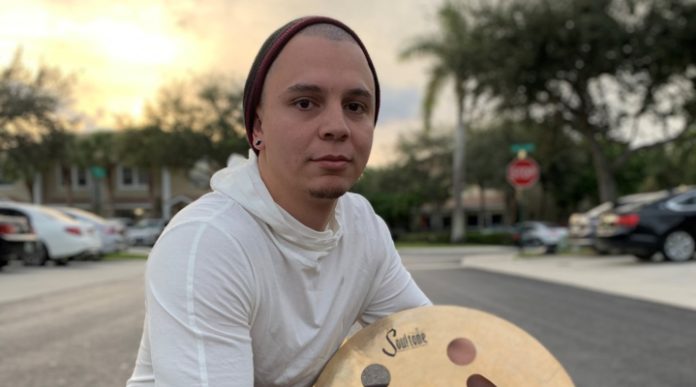 His preparation as a musician, he started out in the Venezuelan National System of Youth and Children’s Orchestras and Choirs, where he entered when he was barely seven years of age. He is a member of the percussion section of the Caracas Children’s Orchestra, and sometime after, he became a member and the lead in the percussion section of the Teresa Carreño Youth Orchestra for four years.

He strengthened his position, furthermore, as one of the teachers of percussion and rhythm for the children of the Children’s Symphony Orchestra in seven different centers around Caracas, including little one with special requirements. After this, he was a teacher at the Prison Orchestra of the National Institute of Feminine Orientation.

He was chosen for the “MasterClasses for the Principals” by the “Berlin Philharmonic Orchestra” taught by professor Rainer Seegers. Additionally for the master classes of maracas by Professor Juan Ernesto Laya (the official maracas player of the Gurrufío group). He became a member of the Simón Bolívar Concert Band during its tour around Venezuela and Colombia.

He was invited to six of the Los Llanos International Percussion Festivals, and was also selected for important seminars delivered by professors Fernando Ruiz and José Alicea. He was also invited to three of the Beethoven festivals; the first at the Aula Magna of the Universidad Central de Venezuela, and the other two at the Teatro Teresa Carreño.

On this same stage, the most important in the cultural area in Caracas, he participated in the Encounter of the Youth Philharmonic Orchestra of the New England Conservatory with the Venezuelan Youth Orchestras.

At the age of 20, he sought other goals to continue his growth as an artist, he decided to create his own ensemble, and founded the musical group, SonArte, with other professionals of his tenor and the same training in the System of Orchestras.

The project gained strength, and became Takto Percusión Urbana, dedicated to playing afro Caribbean music with non-conventional instruments such as recycling material and scrap metal. They performed in national film and theater festivals; in Olga Tañón’s national tour, and they shared stage of the Teatro Teresa Carreño with Gilberto Santa Rosa.

He became a pioneer of the urban percussion in Venezuela, characterized for its innovation and renewal; he incorporated a new instrument, the tubofono, made out of recyclable plastic tubes, whose music is merged with electronic music.

He was a guest member of the percussion section of the charity gala Salud y Armonía with the organization, Siman Orchestral Foundation, in November 2015, directed by maestro Eduardo Marturet at Doral, Miami. And later, this same institution invited him to teach his Urban Percussion program for children.

He has a “Premio a la Excelencia” awarded by the Simón Bolívar Musical Foundation, to commemorate his talented educational techniques when teaching music to children and young people. This organization also awarded him a recognition for his trajectory, with which it applauded his skills at classical percussion, his constant work to develop himself as a musician, and his dedication to education.

In the international arena, he has received two awards from the Venezuelan Mara de Oro Foundation; “Percussionist of the Year” in 2013, and “Promoter of Urban Music with non-Conventional Instruments” in 2015. This is the oldest and most renowned organization in Venezuela and the Caribbean, rewards and encourages talent in the cultural area.

Currently, he directs a new musical project in process, together with Martha Paredes and Oreste Gómez, participants of the Los Angeles NAMM Show, principal music convention in America, just like Torres.

The idea is to join musical, production and theatrical talents, create new rhythms, based on urban percussion, with new instruments, proving that music can be made with anything and everything around us. Orestes Gómez, apart from his input as a musician, is in charge of producing and editing the final outcome. 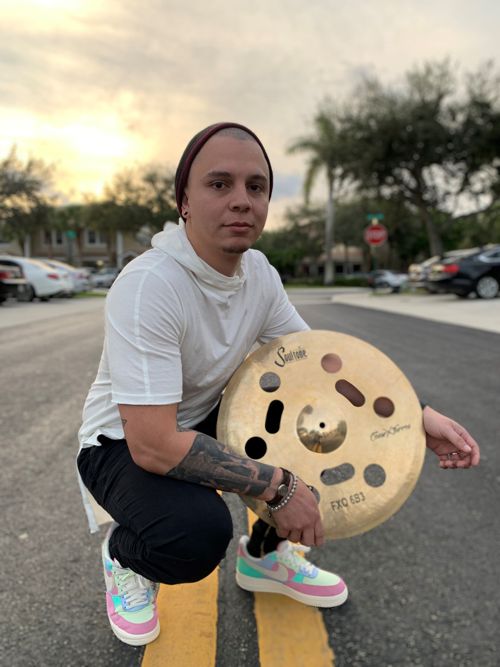 Cesar Torres living in Miami, USA since 2017, has driven his musical career on a largescale, he is a member of the Siman Orchestral Foundation as a full-time professor of the percussion chair. He has engaged in various opportunities in important events together with the Siman Orchestral Foundation in the city of Miami, such as the Davis Cup, Ismael Cala Foundation’s charity gala. He was also a member of the percussion section of the FIU in the closing end-of-year concert; he has delivered courses at the FIU summer camp with his urban percussion project, Takto Urban Percussion for children; he also engaged in the musical independence with his new project, which began in Caracas, Venezuela, and which continued developing in the city of Miami, turning it into an urban, theatrical, artistic performance full of musical movements and merges that make it a unique project, demanding a high standard of himself and of the members. He had the opportunity of performing with his project at the Art Basel of the city of Miami 2017.

In January 2018, he received the invitation, in his capacity as an artist of the renowned Vilera Productions Entertainment at the festival of the NAMM. This is the most relevant musical convention carried out in the United States, being a member of the range of professional musicians with a long trajectory and a worldwide recognition, just like the brands and instrument houses participating at the convention. From this date onwards, Cesar Torres started being a part of the Soultone Cymbals as a musician of the firm sponsored by them with a signed contract for two years starting in January, 2018.

During this year he has collaborated in many projects with different ensembles like Miami Brass Quintet, Susan Siman Foundation, known as Siman of ORG, Sam as sessions as invited with others bands and also with his own project called Takto Miami, project based in recyclable material to play urban percussion, also played at the closing of the exposure of the recognized artist Edo Ilustrado at Wynwood District.

He has been part of different performances at Telemundo channel and Univision channel and The American Airlines Arena at Miami (AAA) as part of the talented team of musicians of PMS Entertainment Worldwide LLC. Being part of this team has giving him the chance to be in stage with worldwide known singers like Reik, Victor Manuel, Prince Royce, Diego Torres, Paulina Rubio, among others.

Nowadays he is part of the artists of the brands Aquarian Drumsheads y Haram Drumsticks, since his visit to NAMM Music 2019.

Currently he is developing a new project based on electronics rhythms merging them with afro percussion and Latin roots, project that is about to be released on the main music providers and the mains platforms of social media this first quarter of 2019.

Pedro Henriquez, Passion in each photograph